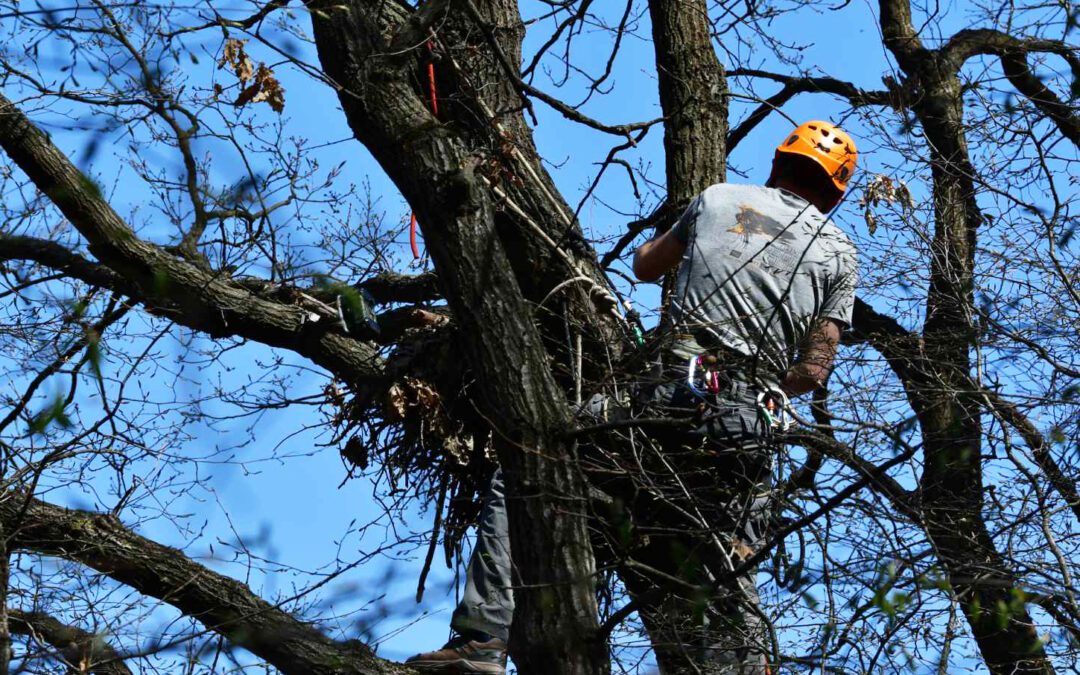 In March and April, a team of the Bulgarian Society for the Protection of Birds (BSPB) installed photo traps in five nests of Lesser Spotted Eagles in the protected areas “Sakar”, “Derventski Vazvishenia” and “Zapadna Strandzha”, and for the first time this year, a photo trap was installed in Northern Bulgaria – in the Protected zone “Suha Reka”.

So far, the analysis from the photo traps has revealed interesting information about the parental tasks during the incubation period – incubation, food provision, and nest repair. The males are mainly responsible for nest construction and repair and food provision, females carry out incubation and feeding of the young. The shots also reveal preferences for hunting – before noon, when temperatures are not so high. The main food is lizards and voles. Using photo traps, it was found that lizards are a large part of the diet. This fact was not known before since there are almost no traces of lizards in the food remains of the eagles.

The activity is implemented within the project “Lafe for Eagles’ Habitats”, funded by the EU LIFE programme.