Campaign “I protect the forests and the eagles of Bulgaria”

to prevent crimes against wildlife

“If a tree falls in the forest and there is no one around to hear it, has it made a sound?” the philosopher asked.

We can ask a similar question: if illegal acts against wildlife are committed without anyone talking about them, have they really happened?

The “I Protect Bulgaria’s Forests and Eagles” campaign was created to give voice to such abuses and to take steps to prevent these crimes.

9 employees in different structures of the Ministry of Interior.

3 employees in the National Customs Agency. 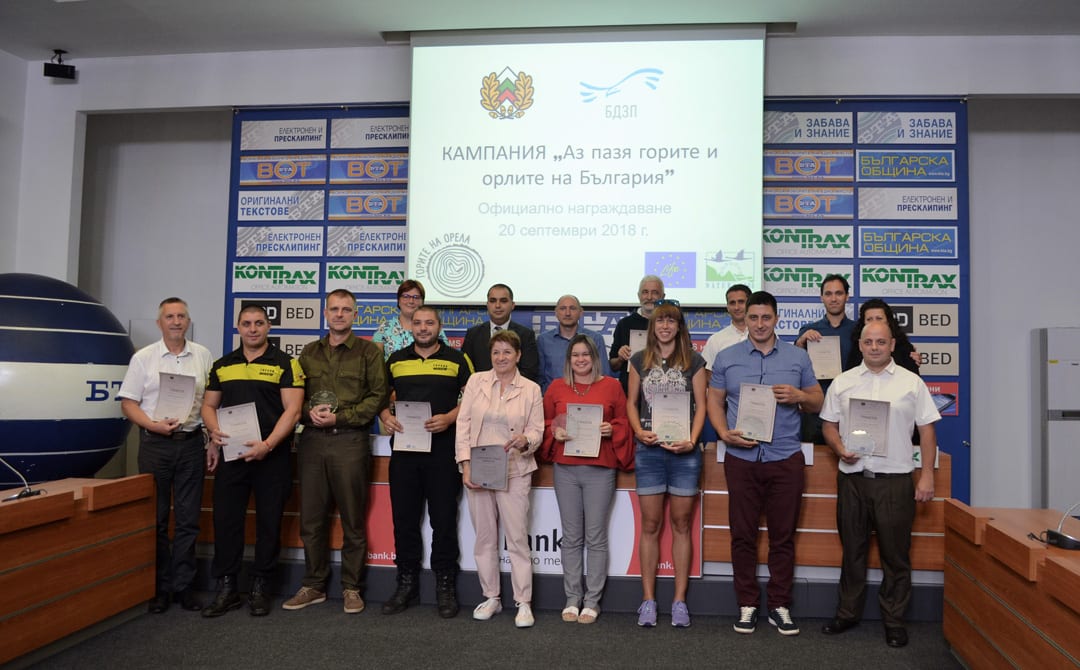 The campaign “I Protect Bulgaria’s Forests and Eagles” gave publicity to crimes against nature. It was the additional and necessary incentive that encouraged people whose work is directly related to the control and investigation of violations against nature, and alerted citizens who witnessed such violations. Highlighting such cases sharpened public attention and sensitised the public on the issue, which was one of the objectives of the campaign. 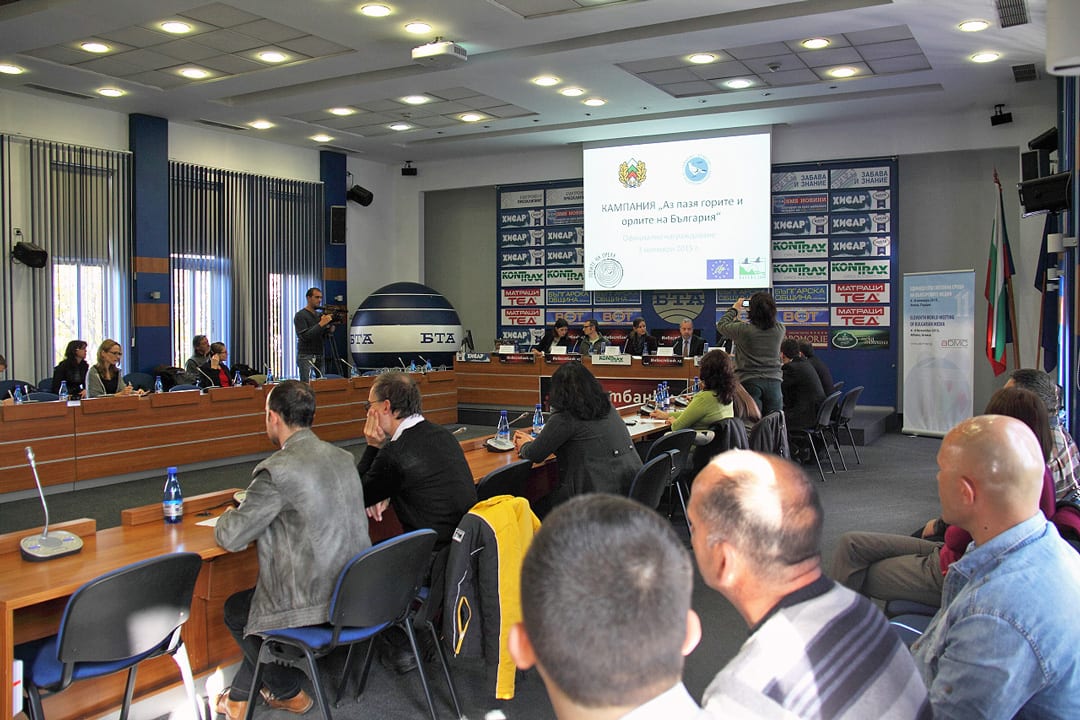 Why is the campaign necessary?

Crimes against nature are a problem that has not received the attention it deserves. Although many wild species are protected by international conventions, such as CITES (Convention on International Trade in Endangered Species of Wild Fauna and Flora), as well as by European and Bulgarian legislation, it has become apparent in recent years that, because of such crimes, many globally threatened species are already on the verge of extinction. Such, for example, in Bulgaria, is the Saker Falcon. Examples of crimes against wildlife are the illegal capture of animals and their breeding in captivity, the plundering of nests, eggs and chicks; trafficking and trade in protected species; the use of illegal methods of hunting with bait and poison; poaching; illegal taxidermy, etc. All these actions are serious crimes that are severely punishable by law. According to the Criminal Code of the Republic of Bulgaria, whoever destroys, captures, retains, or sells a specimen of a European or globally threatened species of wild flora or fauna, without the necessary permit and depending on the circumstances, is convicted to up to 5 years imprisonment, as well as a fine of between BGN 2 000 and BGN 20 000 and compensation for the damage caused.

What can everyone do to prevent such illegal actions?

Anyone can get familiar with the most common cases of wildlife crime and take the initiative to detect them by: reporting, providing evidence and cooperating with respective institutions.

The “I Protect Bulgaria’s Forests and Eagles” campaign does not aim to collect and track reports of wildlife crime. In case of illegal actions, reports are submitted to the responsible institutions. We could only assist with advice to which institution the signal should be directed.

Campaign to prevent crimes against wildlife