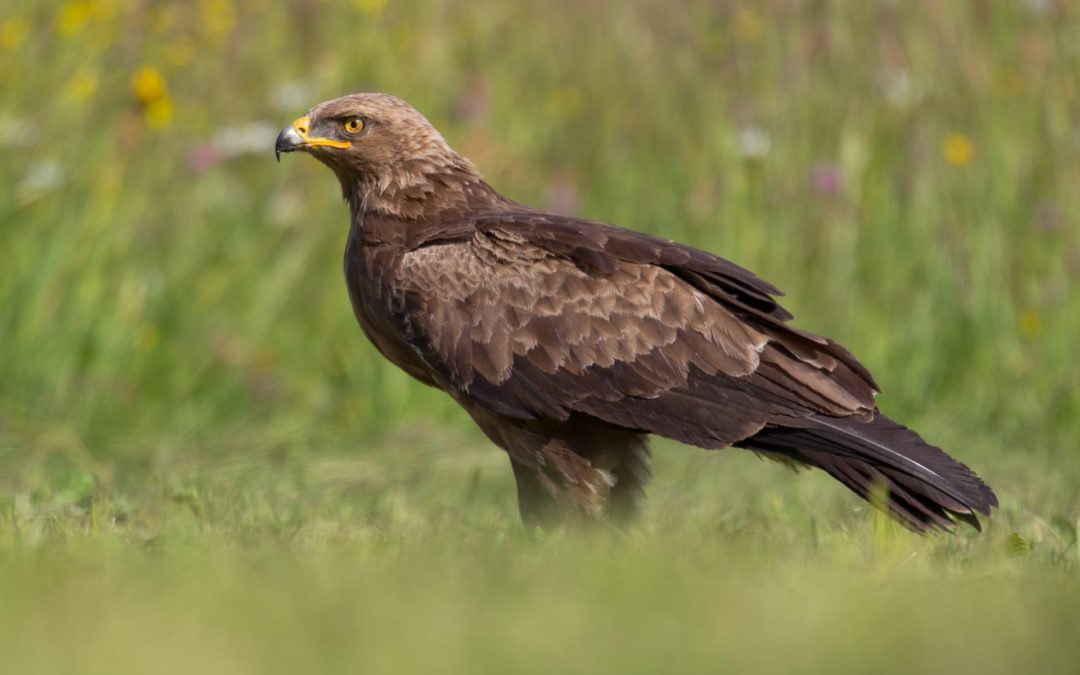 For the first time satellite transmitters will be placed on Lesser Spotted Eagles in Bulgaria at the end of the week. Up till now, only the migration of the Imperial Eagle, Egyptian and Griffon Vultures, White-tailed Eagle and Red-breasted Goose in Bulgaria has been tracked with the help of GPS transmitters.

In the last two days of this week, juvenile Lesser Spotted Eagles from several nests in the country will be tagged with satellite transmitters. The fitting will be done by experienced specialists and will be absolutely safe for the birds. The weight of a transmitter is less than 3% of the birds’ body weight, as recommended and accepted by most researchers. The satellite transmitters will be placed on the back of the birds using Teflon straps, which is the most common and reliable technique practiced in the world.

For two breeding seasons 10 Lesser Spotted Eagles will be tagged, which is a representative sample for the species in the country. The birds to be tagged will be from nests in different Natura 2000 protected areas in Bulgaria.

In addition, coloured rings will be placed on all the Lesser Spotted Eagles so that the birds can be more easily identified in the field. This will increase the possibilities of getting more information about the bird’s location in case the transmitter falls off or stops working for some reason.

Placing satellite transmitters on juvenile Lesser Spotted Eagles will also allow us to study this species in more depth and specifically to obtain more detailed information about its migration route, preferred resting places during its long migration route, temporary habitats, and many other important events in the life of the species. Tracking the eagles with satellite telemetry will also serve for something even more important, namely the identification of threats and causes of mortality in birds during migration.