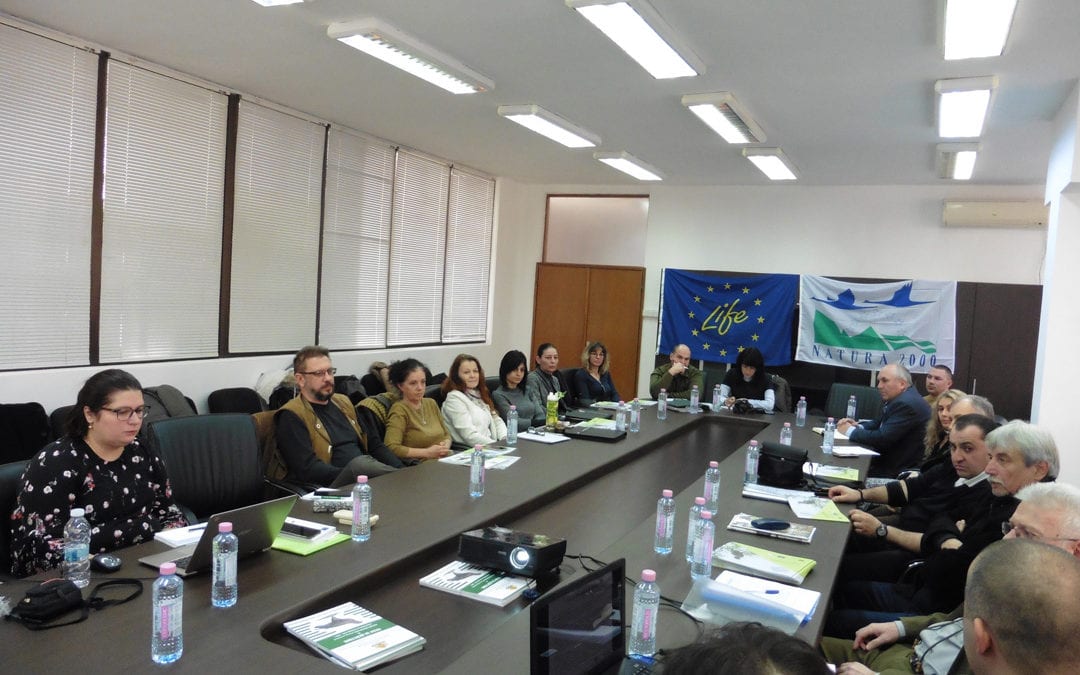 A partner meeting of the team for management and implementation of the new European project of EFA with the working title “LIFE for Eagle’s habitats”, funded by the LIFE program of the European Union, was held in Sliven on 11 and 12 February.

The event was hosted by SESC, in whose premises experts from the other partner institutions gathered: EFA as a coordinating and leading partner, BSPB and NESC. The project is entitled “Conservation Measures for the Lesser Spotted Eagle and its habitats in Bulgaria”. The implementation period is 5 years, and the project activities will be implemented mainly on the territory of 20 Natura 2000 special protection areas located in South-eastern and North-eastern Bulgaria.

The Lesser Spotted Eagle is a breeding and migratory species protected by law in Bulgaria and is listed in the Red Data Book under the category “vulnerable”. It is characteristic of Bulgarian forests and is an indicator of biodiversity. Taking care of its survival, the project will contribute to the conservation of many other species of birds, animals and their habitats – forests. The actions and measures that will be undertaken during the project implementation period aim at the long-term protection of the Lesser Spotted Eagle and the models that will be implemented will ensure the survival of the populations through the creation of new suitable habitats. According to the shared expectations of the participants in the workshop, the efforts will be made in the name of conservation and restoration of biodiversity in forests.