IN DOBRUDJA: THE DRYING OF ASH TREES IN THE BELTS CONTINUES, FELLING IS DUE 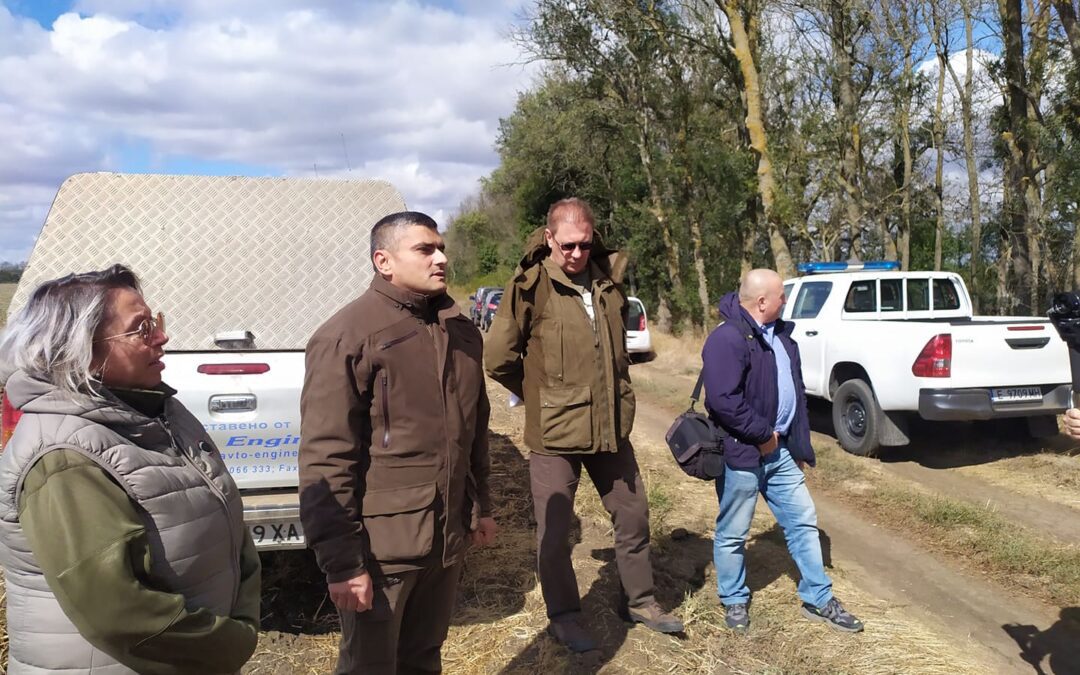 The dangerous drying of ash trees in the belts continues. The process started back in 2020 and is becoming more and more complicated and affects larger and larger areas of the belts in parts of North-Eastern Bulgaria.

A meeting of experts from various institutions was held today at a place near the affected belts on the territory of Balchik municipality. They presented the results of research to date, as well as possible measures to address the problem.

Eng. Kalina Todorova, director of State Hunting Area Balchik, shared her concerns about the need to cut down the withered trees, because people in Dobrudja are sensitive about buffer zones. At the moment, it is precisely on the territory of the SHA Balchik that the largest defeats of ash trees in the field protection belts in the district occur, but there are also defeats in the ash belts in the State Forest Area Dobrich and General Toshevo.

“Initially, a defoliation was seen in the ash belts. The problem was found to be from a very small fly, about 1mm – 1.5mm in size, and it was clear which family it was from, but identification of the specific was very difficult. Young leaf petioles are affected, which dry up and fall off.” This was explained by Prof. Georgi Georgiev – director of the Forest Research Institute and forest protection specialist, who undertook the study of the problem. Apart from that, other natural enemies are also isolated on the stems and branches of the ash trees – numerous insects, including two types of bark beetles, which can also cause severe damage to the trees. The impact of a highly virulent pathogen on ash trees has also been suggested, but this has not yet been confirmed by genetic analyses. Data that this pathogen has been detected is available for Serbia and Romania, the professor added. Prof. Georgiev does not recommend specific forest protection measures to solve the problem, because in the current state of the trees, the desired effect will not be achieved and it will be an unnecessarily large financial expense.

He specified that the drying process is particularly serious for the mountain ash species. “That is why our concern is great, and the main question is how we can restore these belts. The latest surveys show that the problem with the drying of the ash belts is getting more complicated. It should also be taken into account that the belts are linear objects subject to extreme climatic phenomena – wind, droughts, etc.,” added engineer Radev.

He reminded that when we talk about restoration of these belts, these are quite large territories. If they have to be cut down, then they must be reforested, and this will require a very serious financial resource. The problem with the lack of manpower is not to be underestimated either, reports the deputy director of SFA Balchik.

Mihail Iliev – BSPB ecologist, emphasized the importance of field protection belts for birds as well. “If the ash belts are to be cut down it is very important to replace the dried trees with new ones,” he said.

You can see the news and the video here.