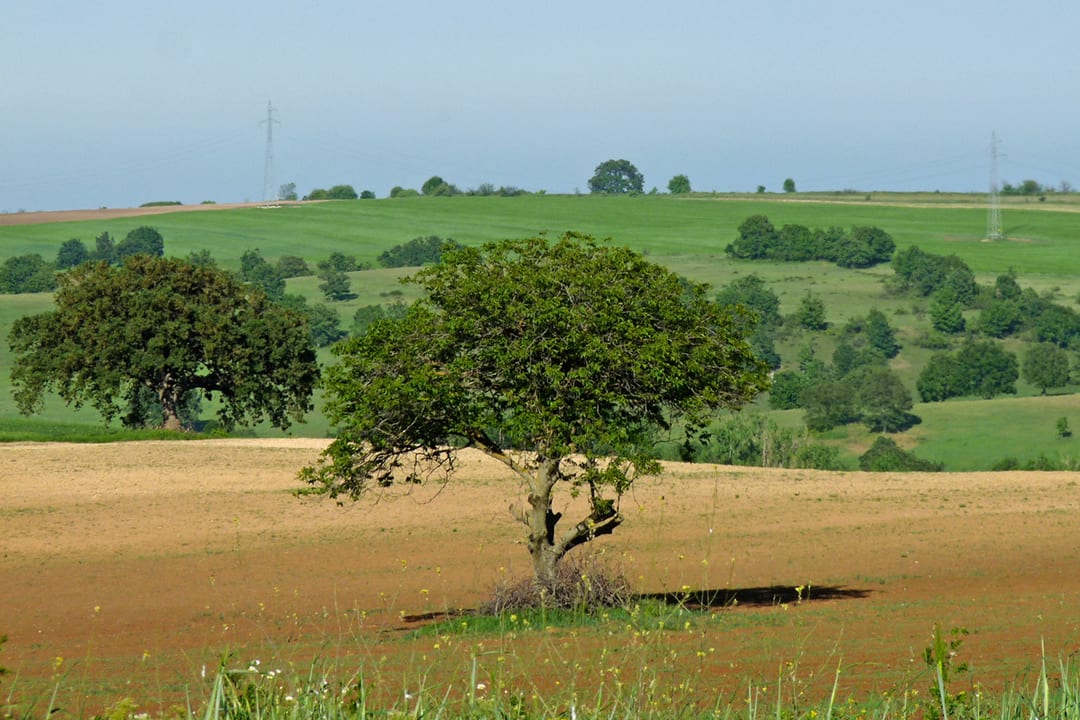 A low-mountain region with rounded hilltops and comparatively open river valleys of the Maritsa and Tundzha tributaries, close to the state border with Turkey. The terrain altitude is between 50 and 856 m. On its territory there about 30 small settlements, the town of Topolovgrad and a poorly developed road network.

Lower parts of the Sakar territory are occupied by farmland, which has replaced forests of Quercus pubescens and Quercus virgiliana. On about 15% of the area there are dispersed xerothermal grass associations, dominated by Dichantium ischaemum, Poa bulbosa, Chrisopogon grillus, etc., and, more rarely, meso-xerothermal vegetation. The shrubs of Paliurus spina-christi, mixed with Jasminum fruticans in combination and the xerothermal grass formations determine the comparatively high numbers of the Hare Lepus europeus and the Souslik Spermophilus citellus respectively.

The region also supports broadleaved forests of “open” type, composed of Quercus pubescens and Quercusvirgiliana with Mediterranean elements, at places with secondary origin (Bondev 1991). Many of the riverbeds and valleys in the Sakar are still fringed by old trees of White Poplar, willow Salixsp., etc., which provide nesting conditions for the birds of prey.

The area of Sakar currently supports 220 bird species, 59 of which are listed in the Red DataBook of Bulgaria. The area provides suitable habitats for 76 species, included in Annex 2 of the Biodiversity Act, which need special conservation measures. Sixty-eight of them are listed alsoin Annex I of the Birds Directive and more than half of them breed in the region in significant populations.

The SPA Sakar is one of the most important area in Bulgaria for the conservation of Lesser Spotted Eagle. Targeted studies conducted during 2013–2017 in frame of the LIFE12NAT/BG/001218 project, confirmed the conclusion that the area is the most valuable breeding sites for the Lesser Spotted Eagle in the country. The SPA harboring up to 60 breeding pairs of the species proving existence of good feeding and breeding habitats.

It is one of the most important areas in the country on European Union scale for the species mentioned above, as well as for the Levant Sparrow hawk, the Tawny Pipit, Calandra Lark,Greater Short-toed Lark, Masked Shrike, Stone Curlew, Montagu`s Harrier, Syrian Woodpeckerand the Olive-tree Warbler.

The Black Stork, the Grey-headed Woodpecker and the Red-Backed Shrike occur there with representative populations.With less numerous populations two other globally threatened species than the Imperial Eagle also breed in Sakar – the Corncrake and the Saker Falcon.

The SPA is sensitive to intensification of agriculture, forestry, as well as change of land use practices. A decrease in grazing followed by succession, as well as conversion of pastures to arable lands, causes loss of grasslands for birds, small mammals and reptiles – the main food of LSE. The pesticides used are dangerous for birds.

The dry grasslands are particularly vulnerable to natural and artificial fires.

The forests are fragmented dispersed amongst open landscapes. The large share of the coppice forests, illegal cutting, firewood collection and afforestation with non-typical species reduce the quality of forests and directly affect the LSE. Due to lack of information there is random cutting of breeding trees. The intensive removal of shrubs and trees affect the quality and structure of grasslands.