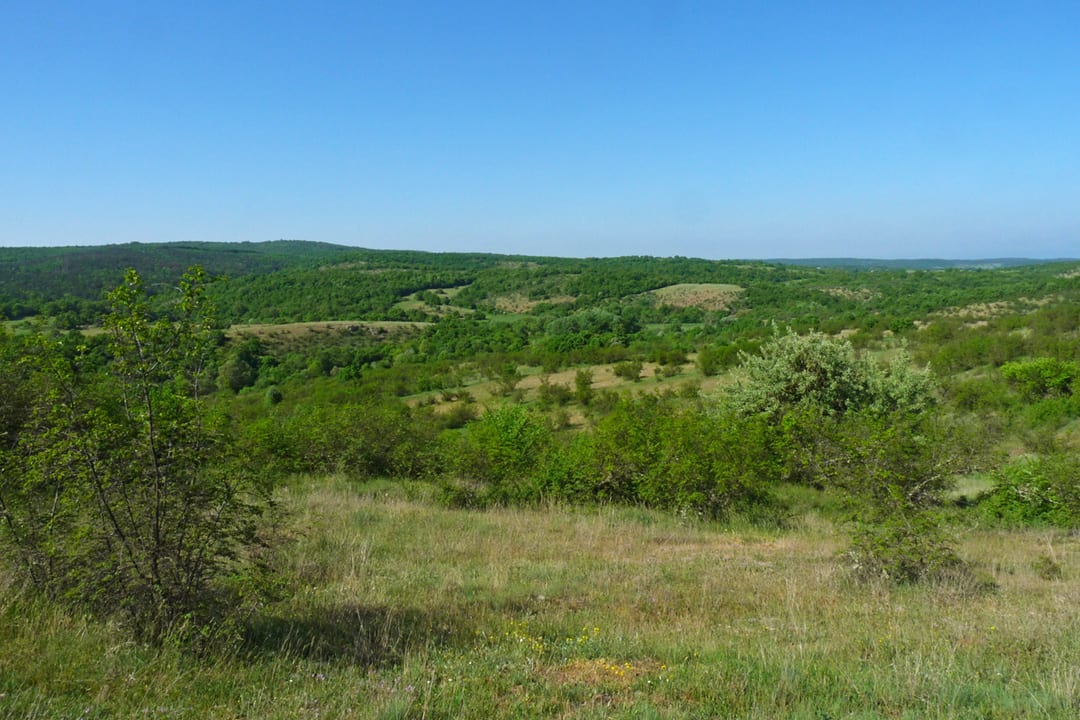 The SPA Derventski Vazvishenia (Heights) is a low-mountain hilly area with a mosaic of different habitats, located to the east of the Tundzha River. The state border between Bulgaria and Turkey passes along their main ridge. Their altitude is between 120 and 550 m. a.s.l. About 20% of the territory of Derventski Vazvishenia is covered by mixed broad leaved forests of oak, most often Quercus cerris and Quercus frainetto, at places mixed with Carpinus orientalis and Mediterranean elements. Mixed oak forests of Quercus polycarpa and Quercus frainetto occupythe southernmost parts of the region. The forest massifs are interspersed with open areas, overgrown with shrubs of Paliurus spinachristi and Jasminum fruticans, combined with xerothermal grasslands of Mediterranean elements, like Nigella damascena. The hills are divided by many small rivulet valleys with typical vegetation. Agricultural lands occupy also the low parts and the flat areas around the hills.

The region of Derventski Vazvishenia supports 120 bird species, 25 of which are listed in the Red Data Book of Bulgaria. The area provides suitable habitats for 45 species, included in Annex 2 of the Biodiversity Act, which need special conservation measures, of which 43 are listed alsoin Annex I of the Birds Directive.

The SPA Derventski Vazvishenia is one of most important area in Bulgaria on a European Union scale for the conservation of Lesser Spotted Eagle. Targeted studies deployed during 2013–2017 in frame of the LIFE12 NAT/BG/001218 project, confirmed the conclusion that the area is one of the most valuable breeding sites for the Lesser Spotted Eagle in the country. The SPA is harboring up to 43 breeding pairs of the species.

Decreases in grazing following by succession, as well as conversion of pastures to arable landsbecause loss of grasslands for birds and small mammals-the main raptors food.

The pesticides and rodenticides used there are dangerous for birds.

Human activities in the forests

The grasslands are particularly vulnerable to natural and artificial fires. The forests are relatively small patches dispersed amongst openlandscapes. Forestry activities in the vicinity of the raptors nests as well as afforestation of opengrasslands affect the quality of breeding and feeding habitats and disturbed the breeding pairs.Illegal cutting, firewood collection and afforestation with non-typical species degrade the qualityof forest habitats. Due to lack of information there is random cutting of breeding trees.